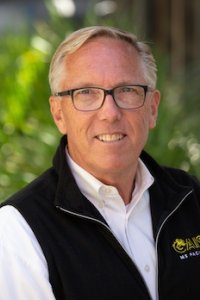 After working for several years in management in the telecommunications industry, Mr. Williamson realized his lifelong dream of becoming an educator in 1989 when he was hired at Sacred Heart Schools, Atherton in the position of Part Time Primary Grades (1-3) P.E. Teacher. The following year, Mr. Williamson found his true calling when he was offered a full-time position in the middle school where, in his sixteen-year tenure at SHS, he taught every course in the middle school catalogue except science and the arts. In addition, he coached both boys’ and girls’ basketball, coached the Sacred Heart Preparatory men’s rowing team, and served for nine years as the lower school/middle school yearbook moderator. Most importantly, Mr. Williamson was a sixth grade homeroom teacher for each of those sixteen years – the genesis of his belief that sixth grade is the finest year of human existence. He moved to St. Matthew’s Episcopal Day School in San Mateo in 2005, and after two years as a sixth grade lead teacher, was promoted to his first Middle School Director position in 2007. In 2011, Mr. Williamson moved to Orange County to become the Middle School Director at The Pegasus School in Huntington Beach for three years. A fifth generation northern California native, Mr. Williamson was delighted when Head of School Jeff Bissell invited him to return to the Bay Area in 2014 to become the Director of the Middle School at CAIS.