After reading intensively on historical stories about Chinese immigrants in Chinese class and a field trip to the Angel Island, students in groups are planning their research of Chinese immigrants. Group members are negotiating with each other to create a list of meaningful interviewing questions for their upcoming visit to On Lok Senior Center or Family Service Center. They discuss how to help their group discover why people decided to move from China to the US, their challenges during immigration process, how they overcame these challenges, and their point of view about immigration policies. In a later project, students work on their report on Chinese immigrants who thrived and have had significant impact on or contributions to various communities.

At the front of the room, the English language arts teacher poses questions to the class. “Why was Red Scarf Girl written? Was she hoping to clear the air? Did she want to prevent future disasters or to simply tell her own story?” A girl raises her hand to talk about how a memoir is just a sharing of one perspective. A classmate chimes in to make a point about how many memoirs it would take to picture any historical movement accurately. The next day, the teacher asks the group to read an article from The New York Times focused on the perils of the anonymity of the social app Yik Yak. The class begins a heated discussion comparing Mao’s China to their own teenage technological world. “The purpose of the da zi bao in Red Scarf Girl was to publicly shame people by posting in public places and Yik Yak does the same thing. It was the anonymity in both worlds that allowed people to get away with incredible cruelty,” a boy states. A classmate raises her hand to argue that anonymity is absolutely essential to the free speech we so dearly value in the USA. For homework that night, the students write journal entries about the difference between reading a memoir and an historical textbook about the cultural revolution, arguing about whether absolute subjectivity is for better or for worse.

Students are gathered in small groups in English social studies, taking notes as they prepare for debate. One group researches the worldview of Stalin while another gathers information about Che Guevara. The teacher announces that it is time to debate, each student enacting the role of a different Communist leaders. Around a table, a girl shares with four classmates about how Mao felt that communism should be implemented in China and later takes notes as a peer responds with Che Guevara’s perspective. They return to their original, homogeneous groups to form rebuttals for a subsequent debate. One student in the group studying Mao points to a quote from the Little Red Book, “The revolutionary war is a war of the masses.” In another group, a girl reminds her team of the images of children in a propaganda poster; the students formulate a talking point comparing the Red Guard to young American pioneers.

In math class, groups huddle around a list of an intercept, roots, a maximum and an axis of symmetry that represent pigs and four different Angry Bird parabolas. One group chooses to model the quadratic equations for how the birds could hit the pigs by using iStop Motion animations. A girl approaches the teacher to ask “how do I go from intercept form to standard form?” A student in another group, who are busily creating a poster of the equations, asks her tablemates “Does need to be greater than 1 or less than 1 to hit the pigs?” Another group is busily taping faces, converting playground balls to life sized Angry Birds.

In science, a student chooses to write a report about animal migration routes and research the animal’s behavior during migration. A class discussion that day focuses on how and if human migration is related to animal migration. One student argues that contemporary human migration often is from rural to urban locations and not related to procuring food but seeking other resources. Another student argues that historically humans also followed food sources. The students go on to dissect pigeons, chicken wings and cow femurs and learn about the adaptations that help the animals to meet their needs in various habitats. 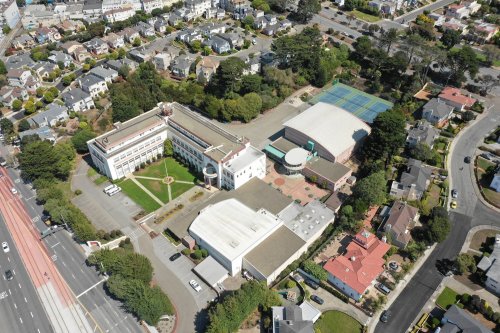